hms Queen Elizabeth next to our truck on the day it was named.

Another trip to Fife scotland today coincided with the Queen naming the largest royal navy ship ever, the hms queen Elizabeth is a huge aircraft carrier.

As the driver was on the way up through motherwell and beyond the news on the radio was broadcasting the fact about the naming of the ship, with bottle of scotch champagne, (single malt whiskey) to be broken on the hull at the pointed end. when the driver got to the customers house 3 raf jets repeatedly circled, on discussion with the chap buying the car he said we was only 15 minutes from the ship. so the driver thought it would be nice to commemorate the day with a photo of the ship next to our purpose built 2 car transporter. 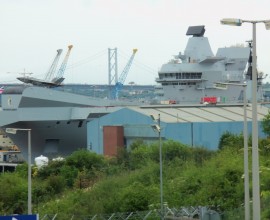 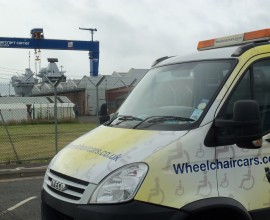 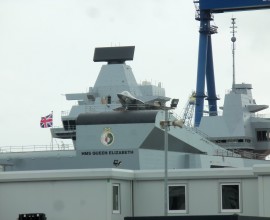 No property listing were found